Cocktail for hot summer afternoons by the pool

A take on the classic Arnold Palmer, a non-alcoholic beverage that combines iced tea and lemonade, the John Daly differs with the addition of vodka.  Daly, in contrast to the affable Palmer, remains notable for winning two major golf championships but beloved for a non-country club appearance and attitude.  A big hitter with an exceptionally long backswing, bodacious personality, and embraced by fans makes Daly the perfect personification for an alcoholic version of an Arnold Palmer.  As Daly’s website states, “you may have seen a John Daly drink before: on a bar menu, or at a concession stand.  Maybe your loud-ass neighbor even mixed one up for you after you watched his cat for the hundredth time.”

Florida bartender Daton Lewis made the drink popular at the Whiskey Creek Golf Course in Fort Myers during Daly’s 2005 run at the Dirty Gator Open.  However, Daly considered the use of his name without authorization as trademark infringement and formed the GIASI Beverage Company in 2010.  An acronym for “Grip It And Sip It,” the official John Daly Cocktail arrived in the market during 2013.  GIASI offers two different flavors of an 8% ABV ready to drink product with a market reach across the western and southern regions of the United States.  Daly’s website continues, “well, John wanted to serve a John Daly the right way, so he developed his own line of John Daly’s Grip It & Sip It beverages that pushes the envelope on flavor and personality.”

The real Arnold Palmer preferred his version three parts unsweetened tea to one part lemonade–without the vodka.  In early 2018, MillerCoors marketed a commercially available malt-based version of this beverage under the Arnold Palmer Spiked name, but in popular culture, the John Daly references remain common.  To vary this drink, adjust the ratios of iced tea and lemonade or add some simple syrup.  When mixed with equal parts tea and lemonade, many refer to the drink as a Half & Half.  This is the ratio we used to create our version of the John Daly.

Other variations include the Southern-Style John Daly, which uses bourbon as the base spirit along with a mint garnish, the Happy Gilmore, which uses Everclear, and a version using mango rum called a Spiked Lemon Tea popularized by the restaurant chain P.F. Chang’s.

In true John Daly style, get wild with the garnish. 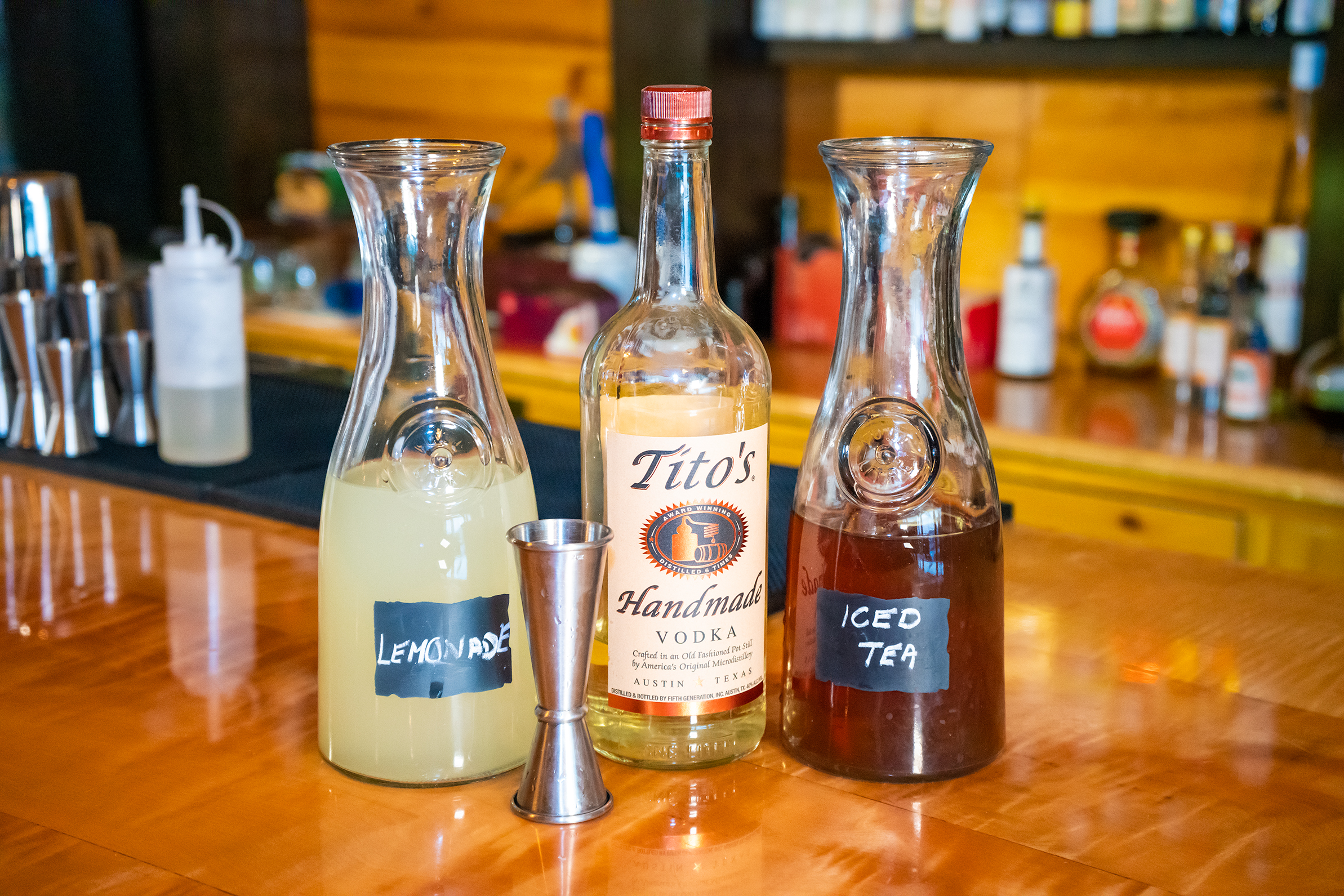