Let’s get back in a New York Groove with the Continental Sour.  Wait, what you ask?  Yes, the New York sour dates back to sometime between the 1870s and 1880s, originally called either a Continental Sour or a Southern Whiskey Sour.  To make it a bit more interesting, a Chicago bartender originally created the drink, but its popularity took off after another bartender introduced the drink to the Big Apple, renamed it, and over time the drink commonly became known as the New York Sour.  Ironically, legend states that very Chicago bartender also claimed to invent the Manhattan–certainly an unlikely and definitely an unverified assertion. 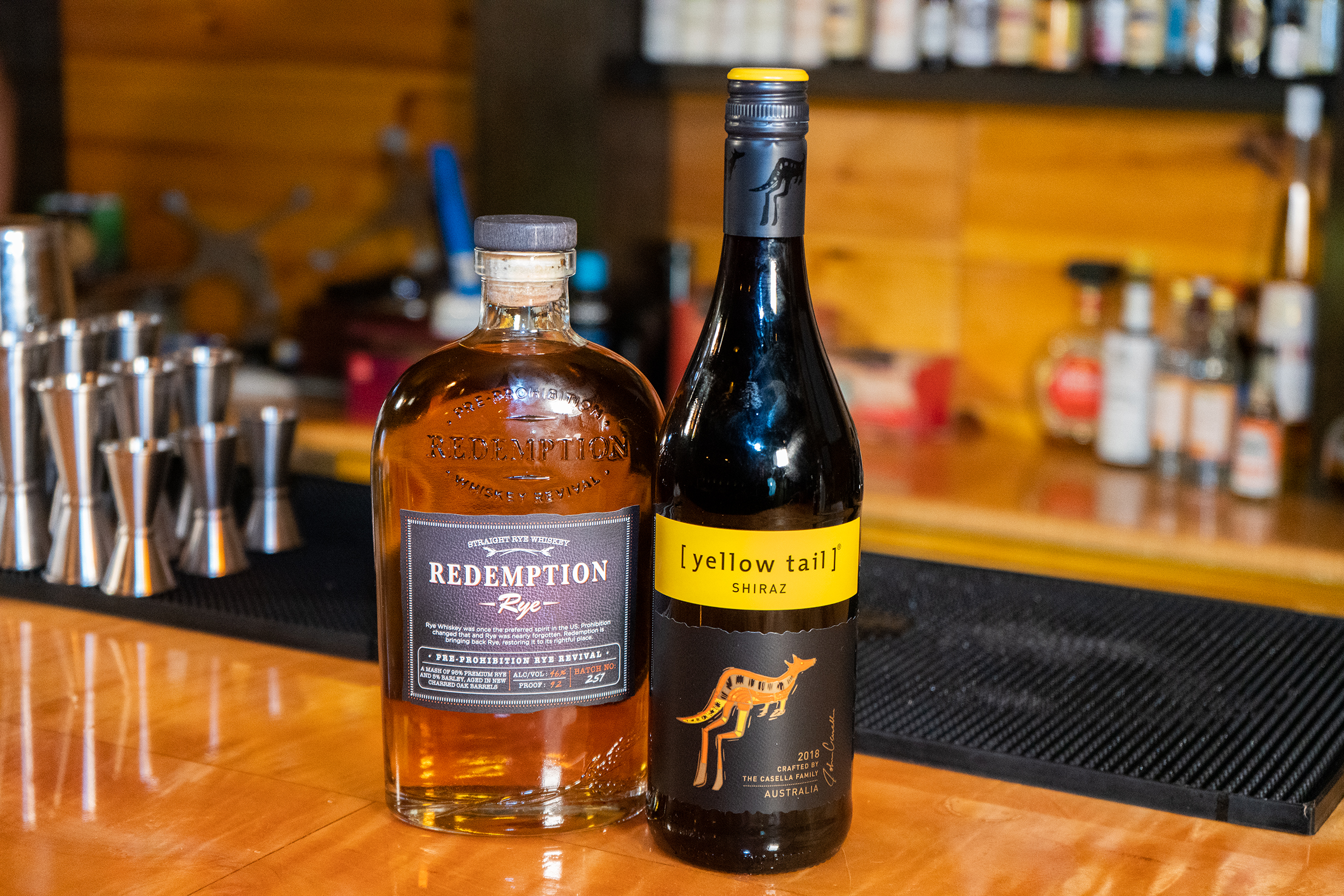 During the period of the drink’s invention, reports reveal that Chicago bartenders modified whiskey sours by constructing them with a claret snap.  In the latter part of the 19th century, claret referred to any red wine and the term snap meant floating a bit of an ingredient on the top of a drink.  Regardless, building on the sours family base, the addition of a red wine float adds acidity, an intriguing hue, and texture to a whiskey sour.  Its creator also offered in interviews at the time that the claret improved both the drink’s look and taste.

By a wide margin, the most impactful variation in a New York Sour is the choice of red wine used in the float.  The sourness from the lemon juice certainly draws out and complements the fruit flavors of many wines.  For example, Shiraz offers cherry while Cabernets feature currant and blackberry notes that both play nicely with lemon.

A less important variation, but worth noting, is the type of whiskey used.  Particularly as it complements the wine.  For example, we used Yellow Tail Shiraz, a bold, and well-balanced wine with earthy tones and lingering fruit.  Yellow Tail’s ripe cherry and strawberry aromas work nicely with lemon juice while its spice and vanilla notes pair nicely with rye whiskey.

Another variation is the proportion of whiskey sour to wine.  Our recipe below calls for half an ounce of wine and some recipes go all the way to a 1:1 ratio between a whiskey sour and wine, which results in a roughly equal appearance of the two components.  This ratio is up to you, but when we made the New York Sour for the accompanying pictures, we used a very heavy pour of the wine to use it up and do not recommend going that heavy to start.

A Note On Technique

The base construction of a New York Sour remains identical to a whiskey sour with the exception of the wine float.  The float is a basic bartending technique accomplished by simply holding a bar spoon upside down over the glass.  Slowly pour the wine over the spoon’s backside as it gently cascades into the drink.  By taking your time, the difference in the density of the wine and the sour mix already in the glass allows you to easily float the wine on top.

When garnishing, keep in mind the aromas of the red wine used.  In our recipe, lemon, strawberry, and cherry garnishes all complement the drink.  Just keep in mind, the red wine float offers a great amount of visual appeal so garnish accordingly.

The aesthetic choice of the wine float provides visual appeal, but to truly enjoy the fruit flavors from the wine, you need to mix the drink up.  Otherwise, you stick a straw into the bottom of the glass and just get a whiskey sour until finally getting a sloppy mix of sour and wine.  So once served, admire the creation for a moment but take the straw and blend the flavors of the whiskey sour with those of the wine and enjoy.