A version of the Spritz, which like all spritzes, varies across Italy’s regions, from bartender to bartender, and from father to son.  Many also refer to the drink as a spriss, spriz, sprisseto, or alternatively, Veneziano  Preparations of the drink contain wine (generally Prosecco), a bitter liqueur including Aperol, Campari, Cynar, and particularly in Venice, Aperitivo Select.  Additionally, in Venice, many bartenders make the drink with white wine rather than sparkling wines, often including lemon, orange, or green olive garnishes.  Finally, top the drink off with sparkling water and serve over ice in a lowball glass.

As one can see, no single composition for a Spritz Veneziano exists, and it is prepared with different ingredients in different towns and cities, meaning that the alcohol content is highly variable. For example, while Aperol and Campari taste and smell alike, Aperol’s ABV of 11% represents less than half of Campari’s ABV of 24%.  Additionally, while the two liqueurs possess the same sugar content, Aperol remains much less bitter in taste and Campari offers a darker color.  So with differing proportions of liqueurs and a range of ABV’s one Spritz Veneziano can be much more potent than another.

Regardless of the choice of white wine versus sparkling white wine, or the choice of which bitter liqueur, a common denominator remains the presence of sparkling water either in the form of mineral water or simply club soda.  When making a Spritz Veneziano, keep in mind the unwritten rule to preserve the red/orange color of the cocktail.

The more effervescent interpretation presented below gets topped with a bit more soda water than our Aperol Spritz recipe, which makes it a great choice for an apéritif.  We enjoyed this version outside one golden afternoon in a canal-side osteria on a pre-COVID trip to Venice. While devouring some salty snacks alongside, we learned that while Aperol has become the de facto liqueur, not all Spritz Venezianos are made with Aperol.  A point our local bartender, with just a gleam of frustration in his eye, specifically wished to stress.

If you visit Italy, rely on the creativity of your bartender and understand that interpretations of the Aperol Spritz and Spritz Veneziano vary and it remains well within the “rules” to adjust the drink according to your palate.  Keep in mind, in Italy, these generational recipes often refer to proportions like a splash of soda water, rather than a strict definition so variation remains the norm.  As long as you respect some basic rules: use any form of white wine (sparkling or not), sparkling water (mineral or club soda), and alcohol that brings the drink to an orange or reddish hue, the drink safely falls into the Spritz Veneziano category.  When picking a glass to present in, understand that the drink differs slightly when presented in a long glass where it takes on more of a multi-colored appearance.

Purists insist that the striking red color must remain present and the use of potable bitters, more commonly known as amaros must be used.  Aperol and Campari certainly get the drink to that famous color while maintaining a bitter backbone.  However, many bartenders see the spritz as more of a concept than a recipe and deviate significantly from these requirements, which opens up the spritz to a wider variety of liquors and liqueurs.  Shifting from Prosecco to a non-sparkling white wine, while generally out of favor does represent an interpretation closer to the original formulation of these drinks.

Worth noting, if you order simply a “spritzer” in an American bar, expect a drink that offers some combination of white wine and lemon-lime soda or club soda.  Hopefully, the barkeep takes a bit of extra time to determine exactly what you, the customer seeks–but don’t count on it. 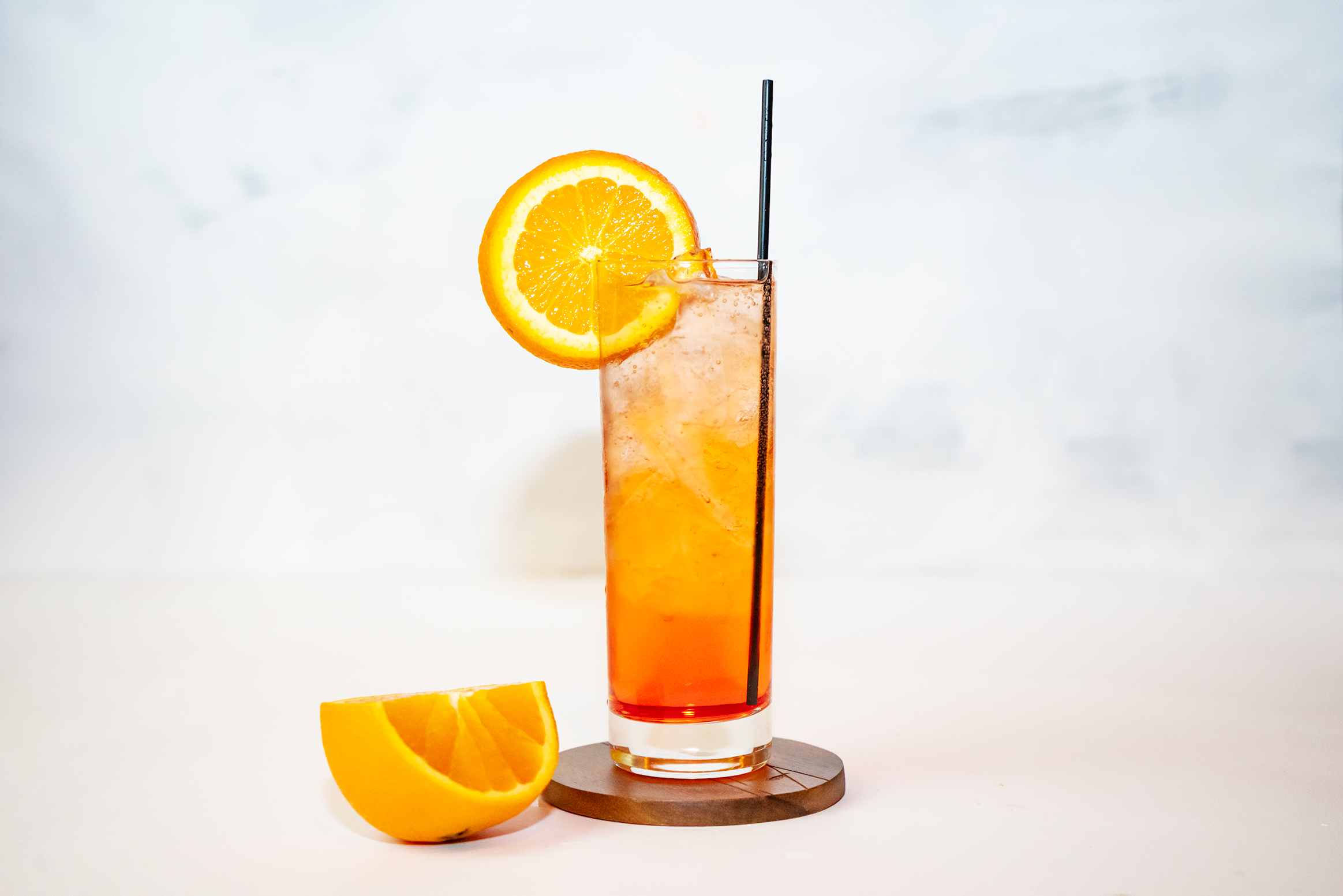